April 20, 2010
Yesterday, April 19, my dad and step-mom, four other Environmental Club members and I attended the Goldman Environmental Prize Ceremony. Here are some pictures from the inspiring event that took place in San Francisco: 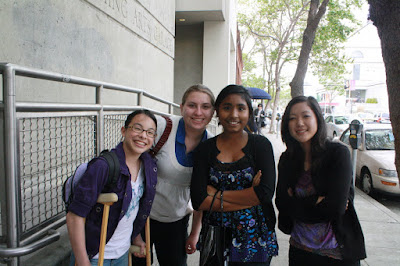 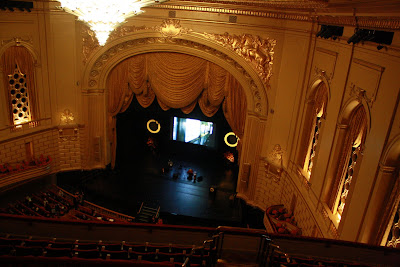 The ceremony took place in the San Francisco War Memorial and Performing Arts Center/Opera House. We sat in the top balcony with the other youth groups from the Bay Area. 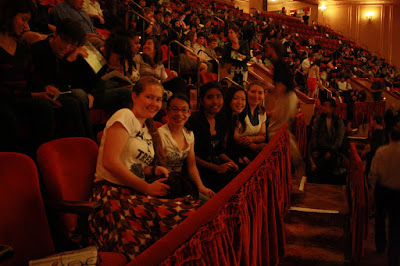 The five of us in our seats at the event. My dad and step-mom came with us. 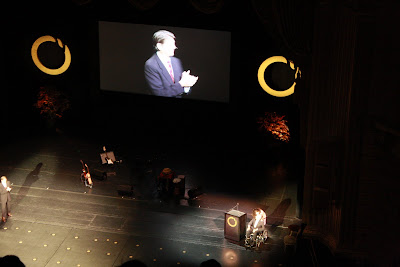 Peter Coyote was the Master of Ceremonies (he narrates The National Parks: America's Best Idea series...I knew I recognized his voice!). You can see him in the bottom left of the picture and on the screen. The man in the wheelchair is Richard N. Goldman, who established the Goldman Environmental Prize in 1990 with his wife Rhoda. With him is his daughter, Susan R. Gelman. 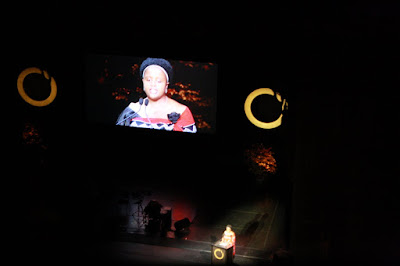 Six awards are given out to represent the 6 inhabited areas of Earth. The first award went to Thuli Brilliance Makama of Swaziland, Africa. From the Goldman website: Thuli Brilliance Makama, Swaziland’s only public interest environmental attorney, won a landmark case to include environmental NGO representation in conservation decisions and continues to challenge the forced evictions and violence perpetrated against poverty-stricken communities living on the edges of conservation areas. 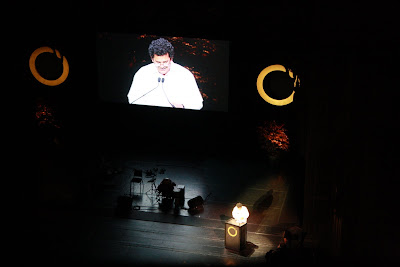 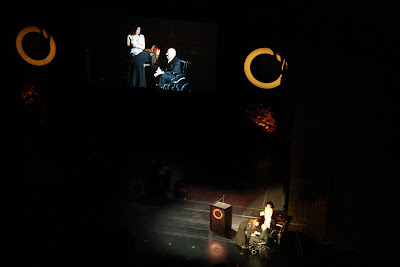 From Europe, Małgorzata Górska of Poland: "Małgorzata Górska led the fight to protect Poland’s Rospuda Valley, one of Europe’s last true wilderness areas, from a controversial highway project that would have destroyed the region’s sensitive ecosystems." 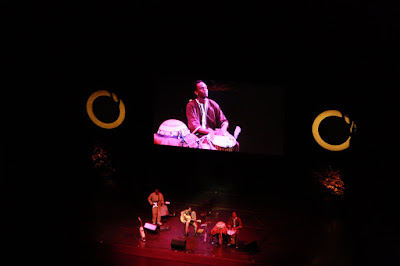 Before the prizes were awarded and following the third prize, Baaba Maal performed. The man on the screen isn't Baaba Maal, but his drummer. Baaba is in the center, playing guitar. 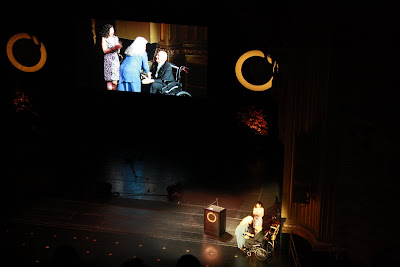 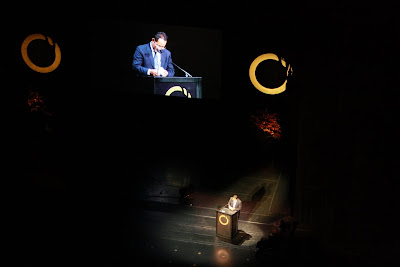 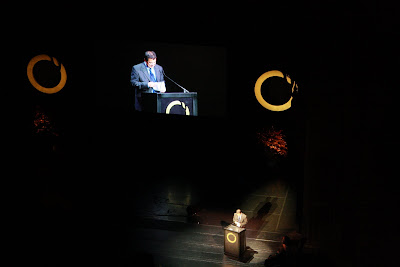 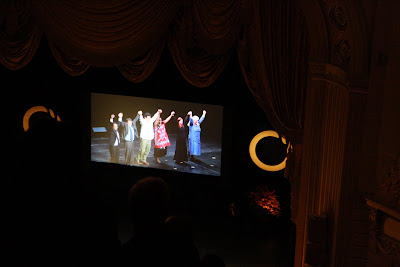 "The Goldman Prize amplifies the voices of these grassroots leaders and provides them with:

•International recognition that enhances their credibility
•Worldwide visibility for the issues they champion
•Financial support of $150,000 to pursue their vision of a renewed and protected environment"

After the ceremony, there was a brief youth ceremony in which a poetry group called Youth Speaks performed a poem. It was very neat! There was a reception for youth following the event, but we didn't stay.

The event was interesting, inspiring and informational! For more information, visit the website at http://www.goldmanprize.org/