Friday morning in the garden

September 25, 2015
Here's an end of the week update on most of the plants growing on my windowsill and in the garden. Happy Friday! 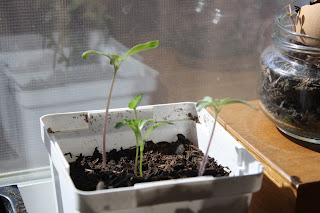 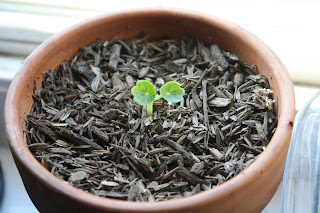 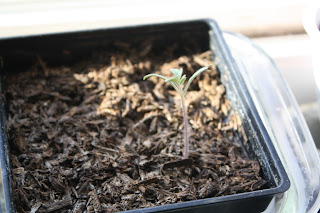 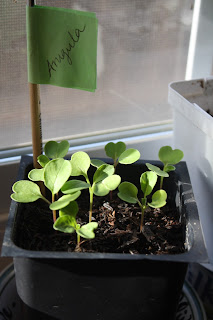 The arugula were getting crowded, so I thinned them into separate containers. 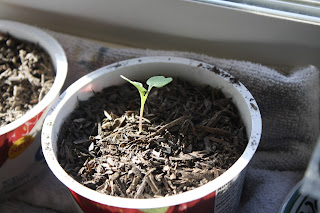 The Silk brand soy yogurt is my favorite for mixing in granola and enjoying for breakfast at work. I've been saving all of the containers to use for growing seedlings, and they certainly came in handy this morning! 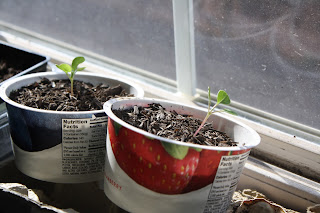 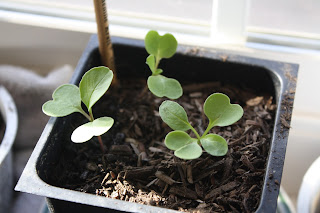 I did end up leaving three in the same container; we'll see how that goes. I ended up pulling one of the seedlings out entirely because it was the smallest. I actually ate it, and it was delicious! I can't wait for these to grow big enough for salads. 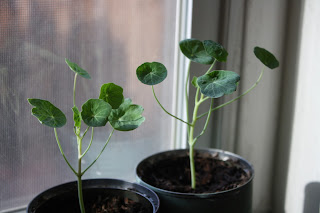 Nasturtiums on the windowsill are doing great! 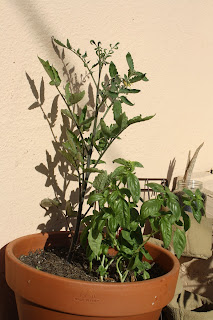 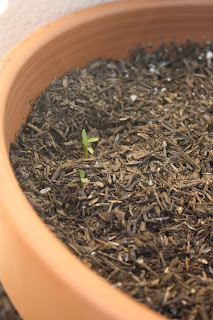 Above: tomato plant and basil are doing really well. The close up of a seedling is a cilantro plant growing with the tomato and basil. 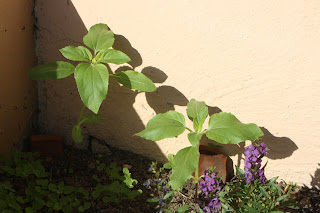 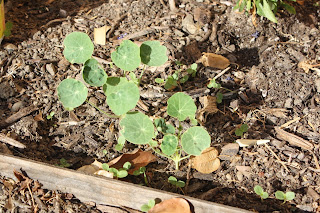 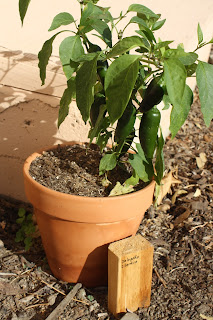 Jalapeno pepper plant is growing heavy on its stem and leaning. Almost time to harvest! 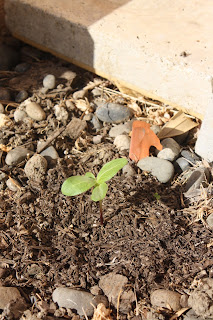 Sunflower under our bedroom window. 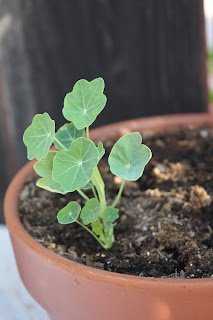 Nasturtiums on the side yard are prolific! 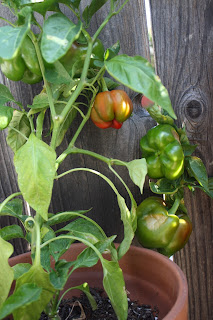 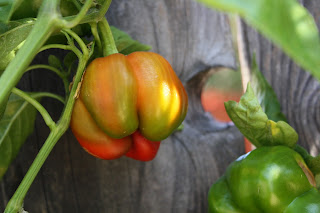 They're red and some are a bit sunburned, which is why I moved them to the side yard and out of the direct sunlight out back. 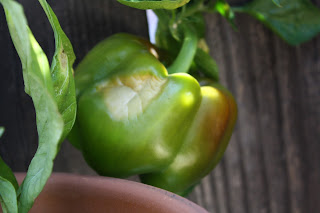 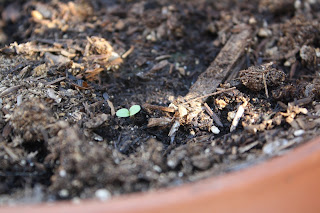 Of course I can't remember what this seedling is. It's in the same pot as the nasturtium. We'll find out soon enough! 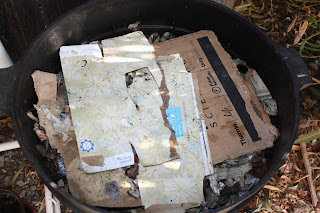 The worm bin has been quite an experiment lately! First, the worms were dying off and leaving, so I added more food. Then the ants showed up! And the smells. So I'm trying to put less food until their population gets larger again, while also researching how to remove the ants. It sounds like creating a moat around the bottom of the bin might work since the ants can't cross the water. I'll simply set the legs of the bin in a shallow tray of water. Thoughts? 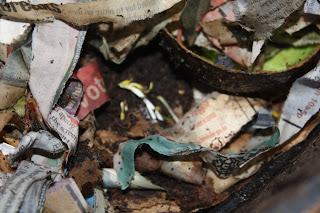 I added some avocado skins after our taco dinner last night because they seem to love the avocado skins. The little white stuff in the bottom of the bin there are sprouts from some kind of seed that I put in there. I think it might have been from a bell pepper stem? I realized there are little sprouts growing all over the place in there. I'll need to do more research on this, but I did read somewhere that people actually start their seeds out in worm bins sometimes and then transplant. Interesting! 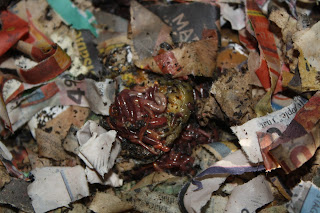 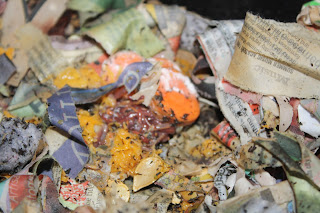 Worms noshing on some carrots and squash. 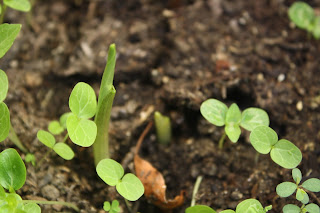 A mystery plant has sprouted near the sunflowers by the back porch. Any guesses what this could be? I don't think I planted anything there, so it must be something from a previous tenant or some kind of volunteer something. Can't wait to see what it becomes!


Thanks for reading! Green Guy and I are off to the farmers market since we both have today off. Tonight, we might harvest some bell pepper and jalapeno and make a super local meal. I'll be sure to take pictures if we do!