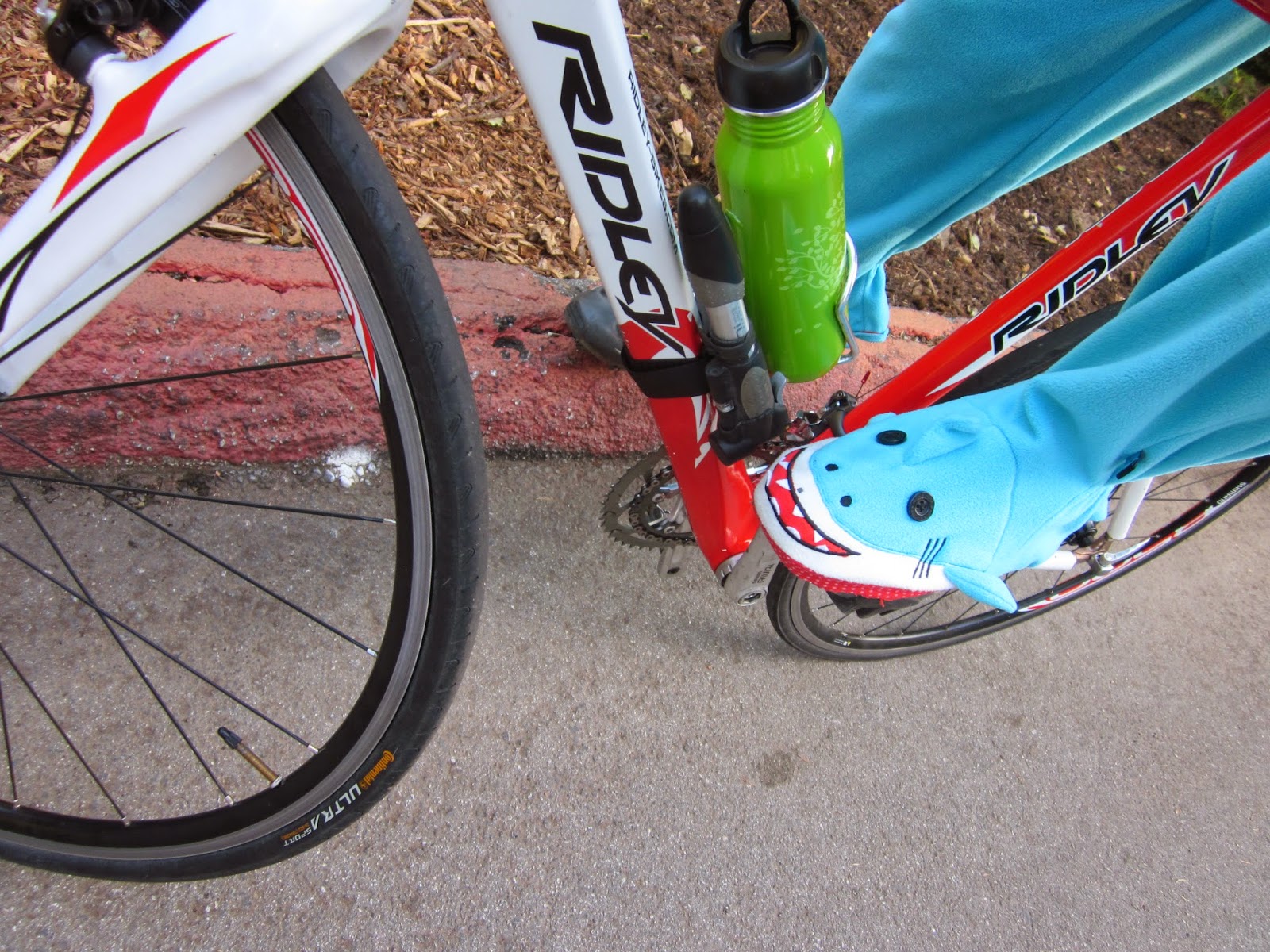 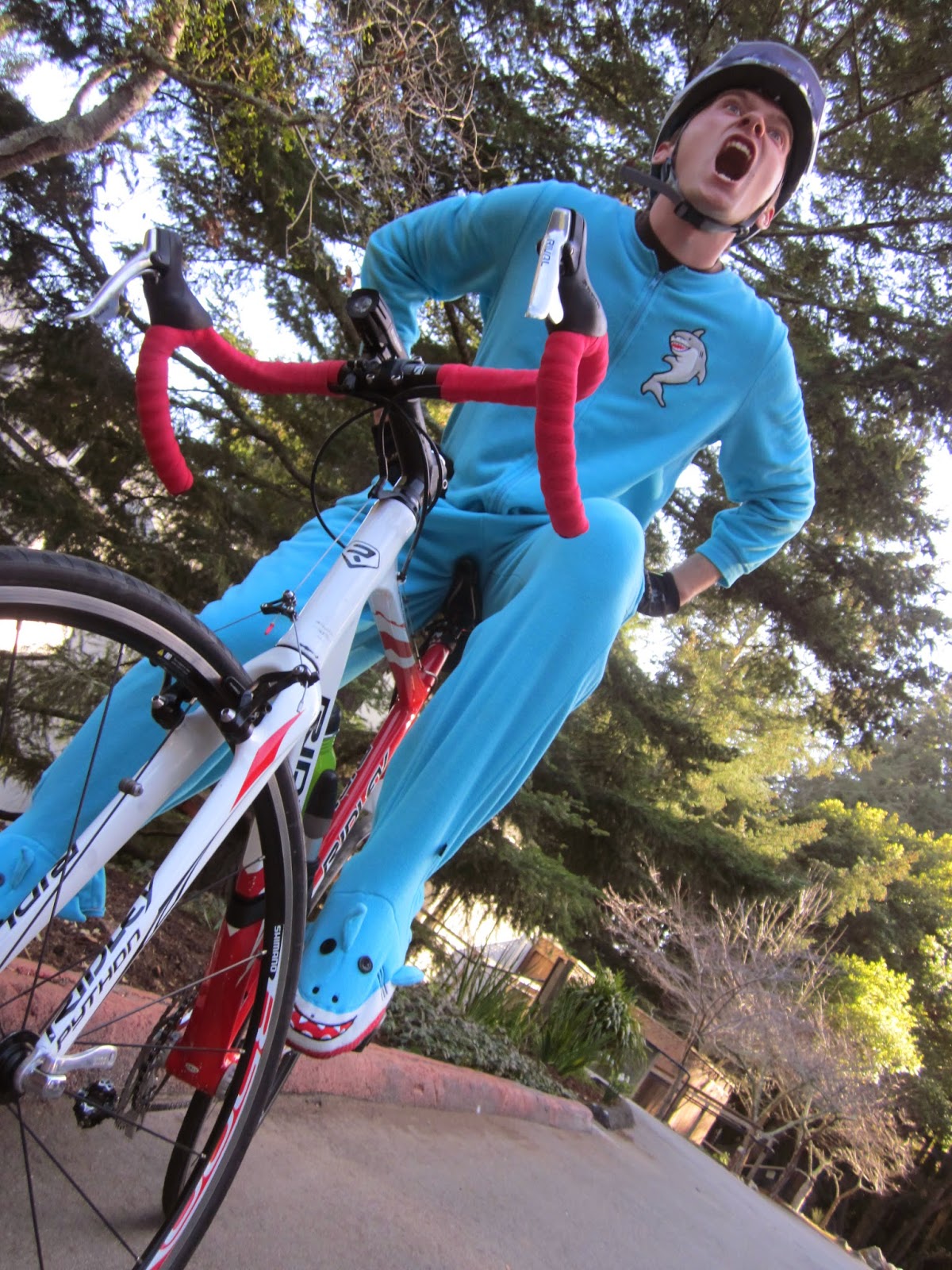 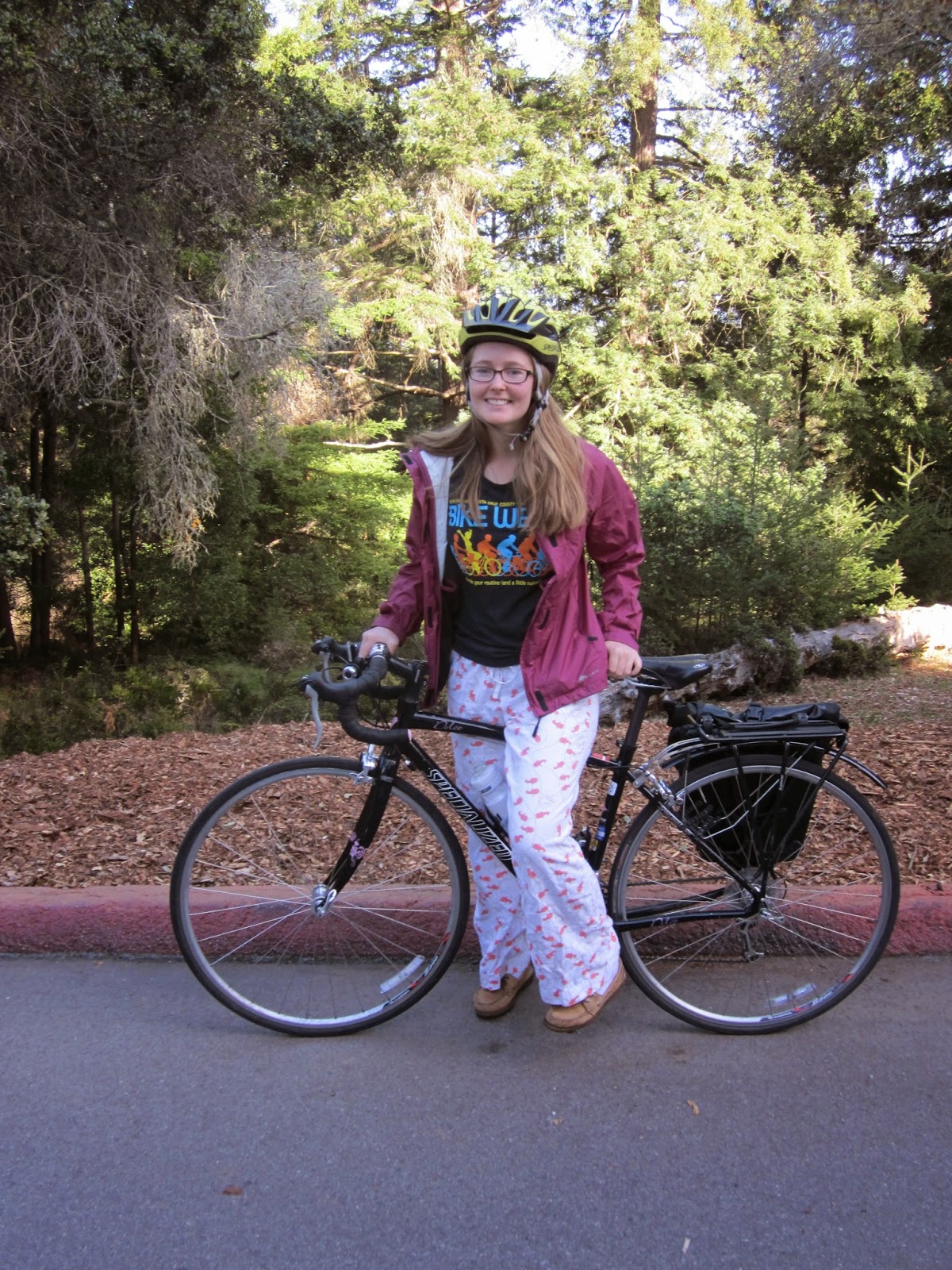 Pi(e) Day Pajama Ride Bike Party required pajamas, of course! We picked up some pie at New Leaf on the way. 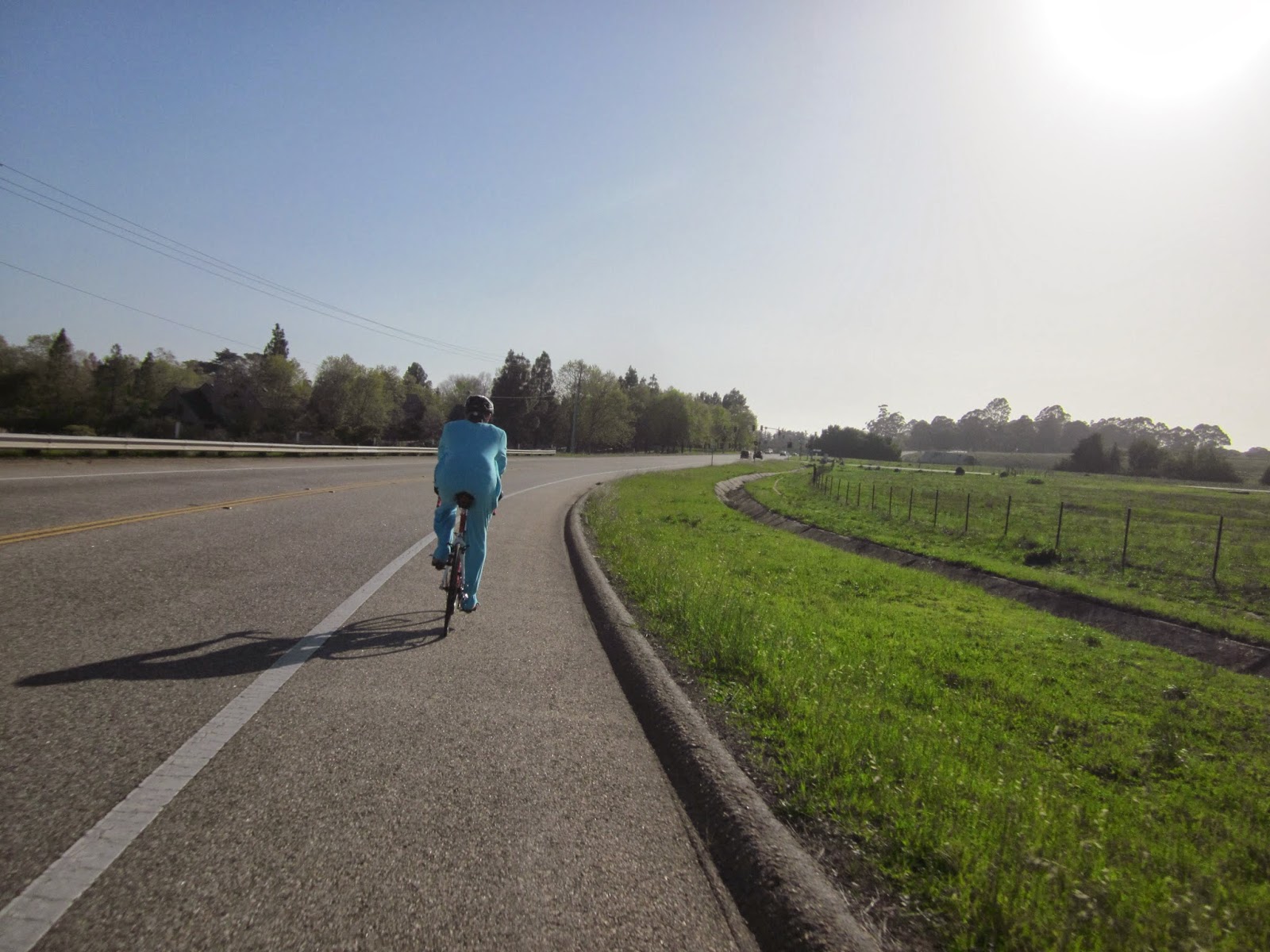 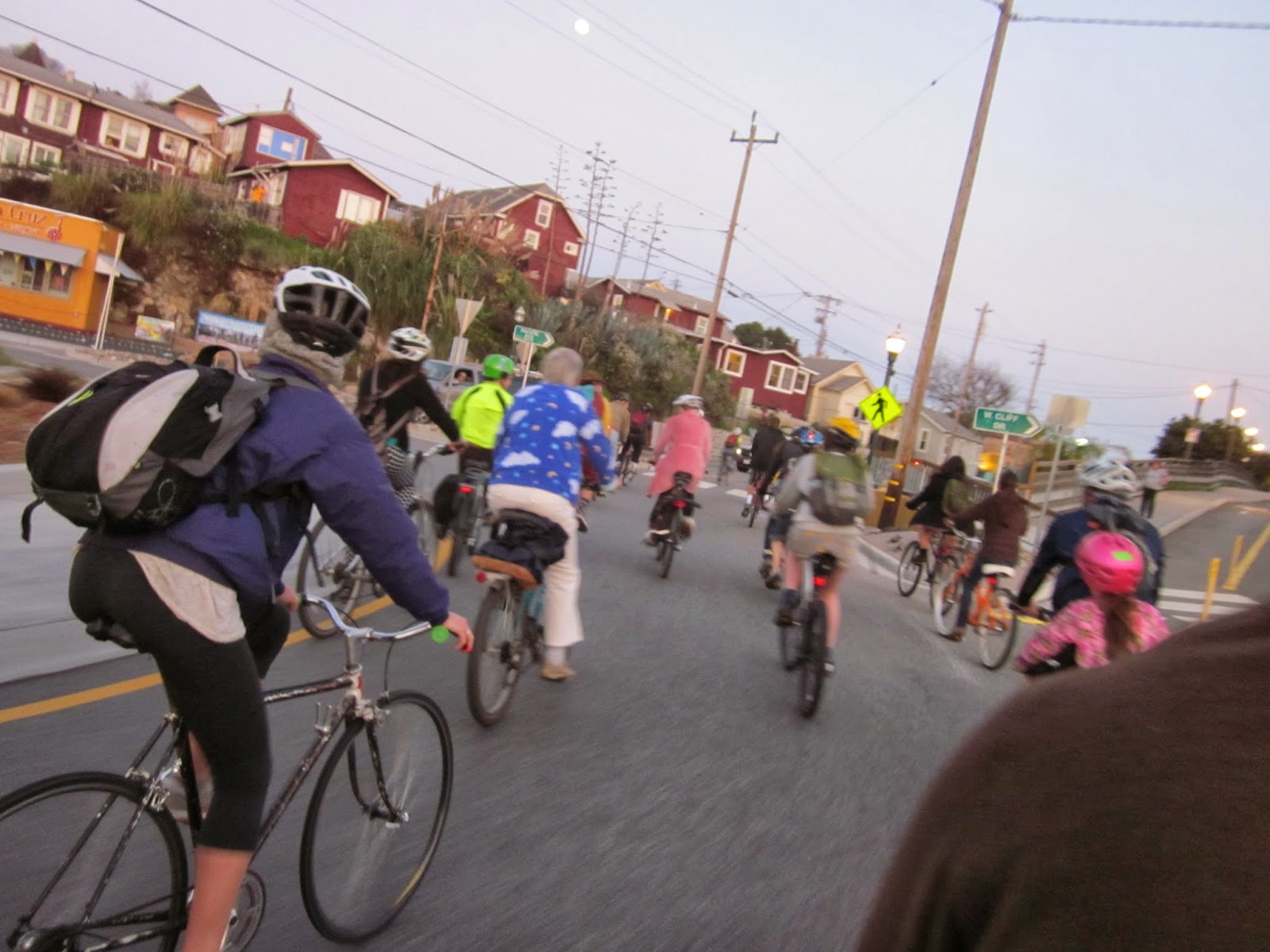 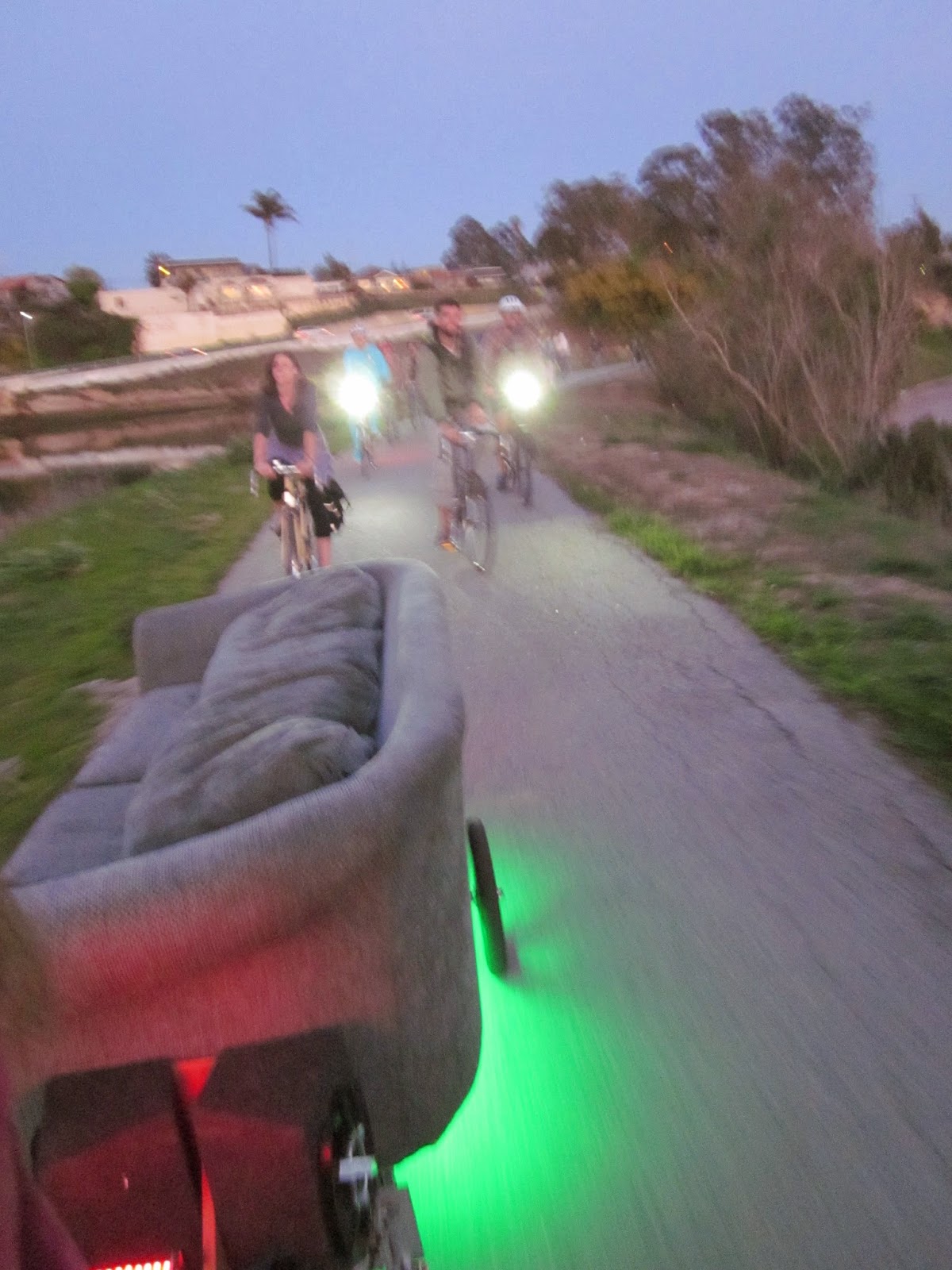 Yes, that's a couch, specifically The Happening Couch (you can become friends with it on Facebook). I rode a tandem bike with my friend Greg (of Moved By Bikes). He owns this couch, which is equipped with speakers and attached to a trailer attached to the bike. Random folks jumped on it during the ride, and we had two riders get flats and ride the couch so they wouldn't get left behind. We pulled Green Guy up Walnut Avenue (a pretty steep road) after he got a flat... Serious bike party awesomeness right there. 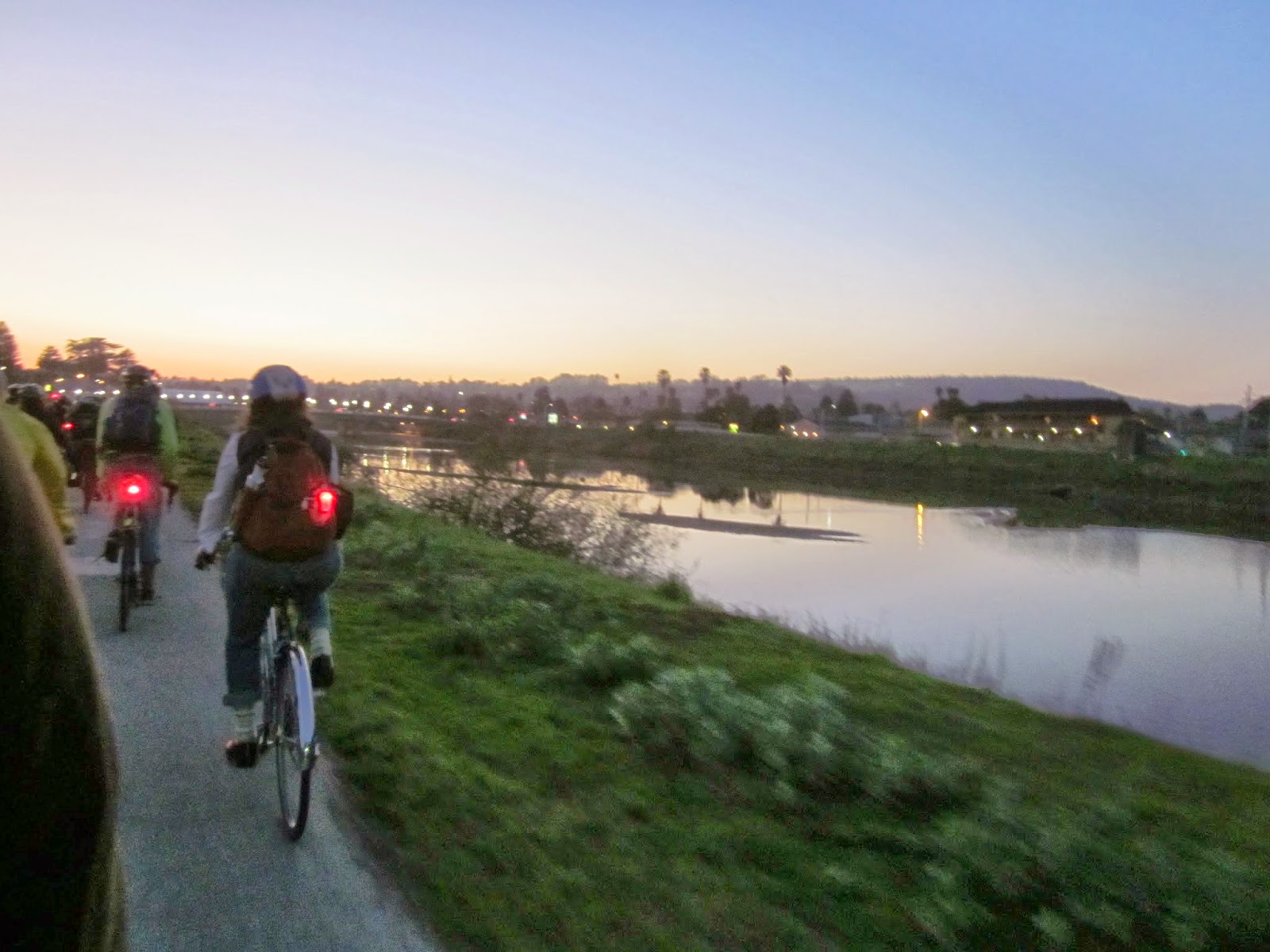 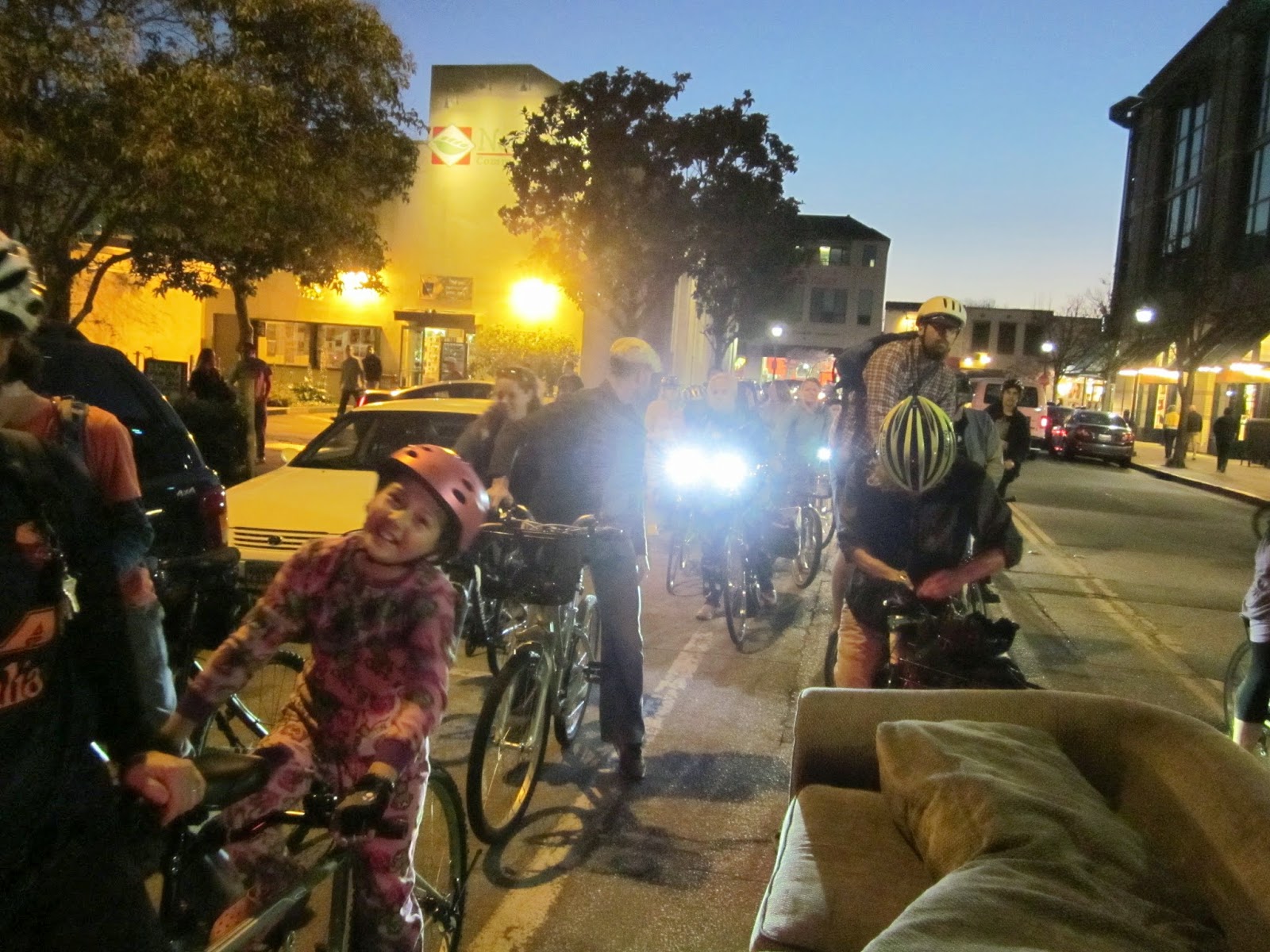 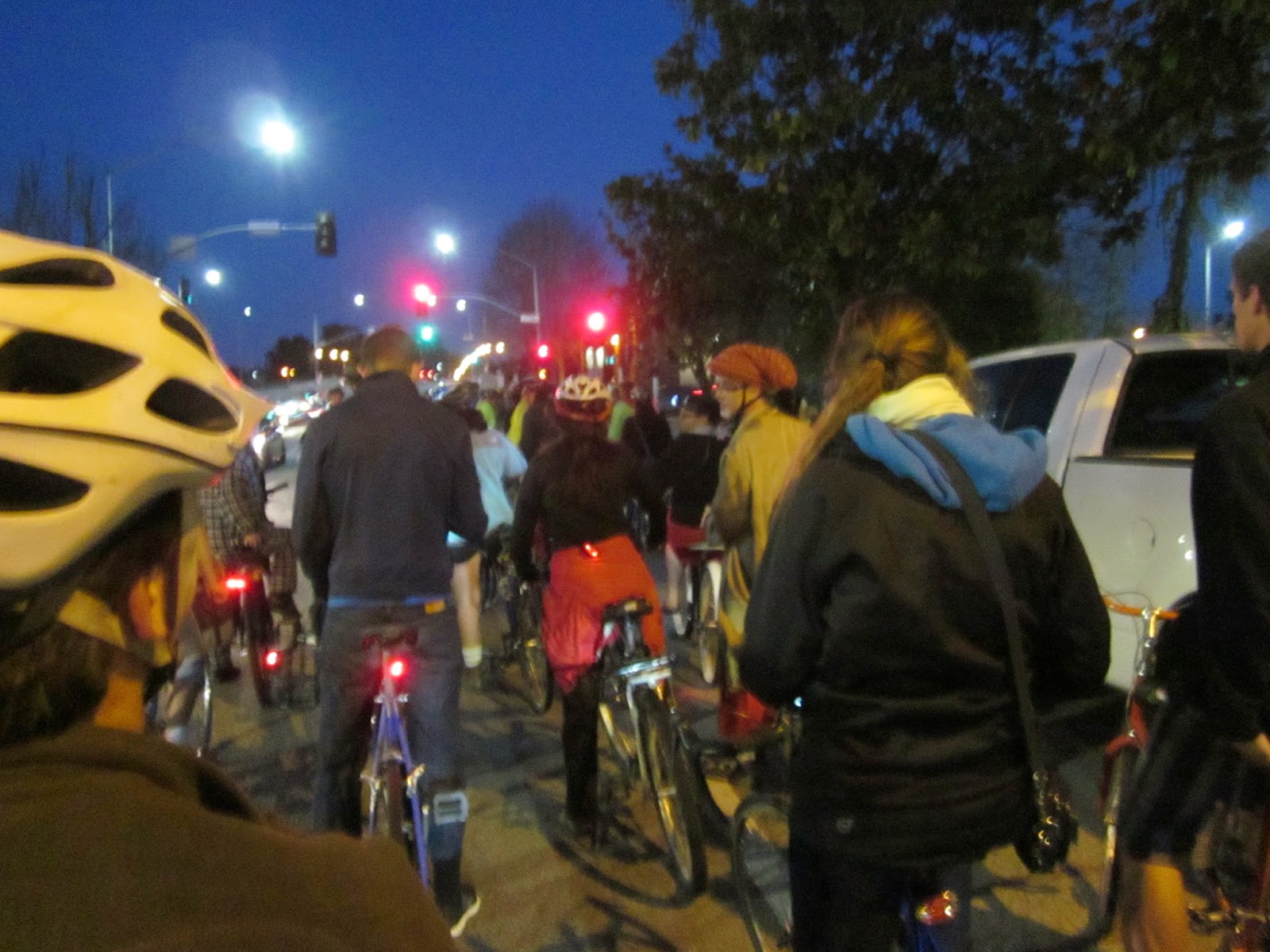 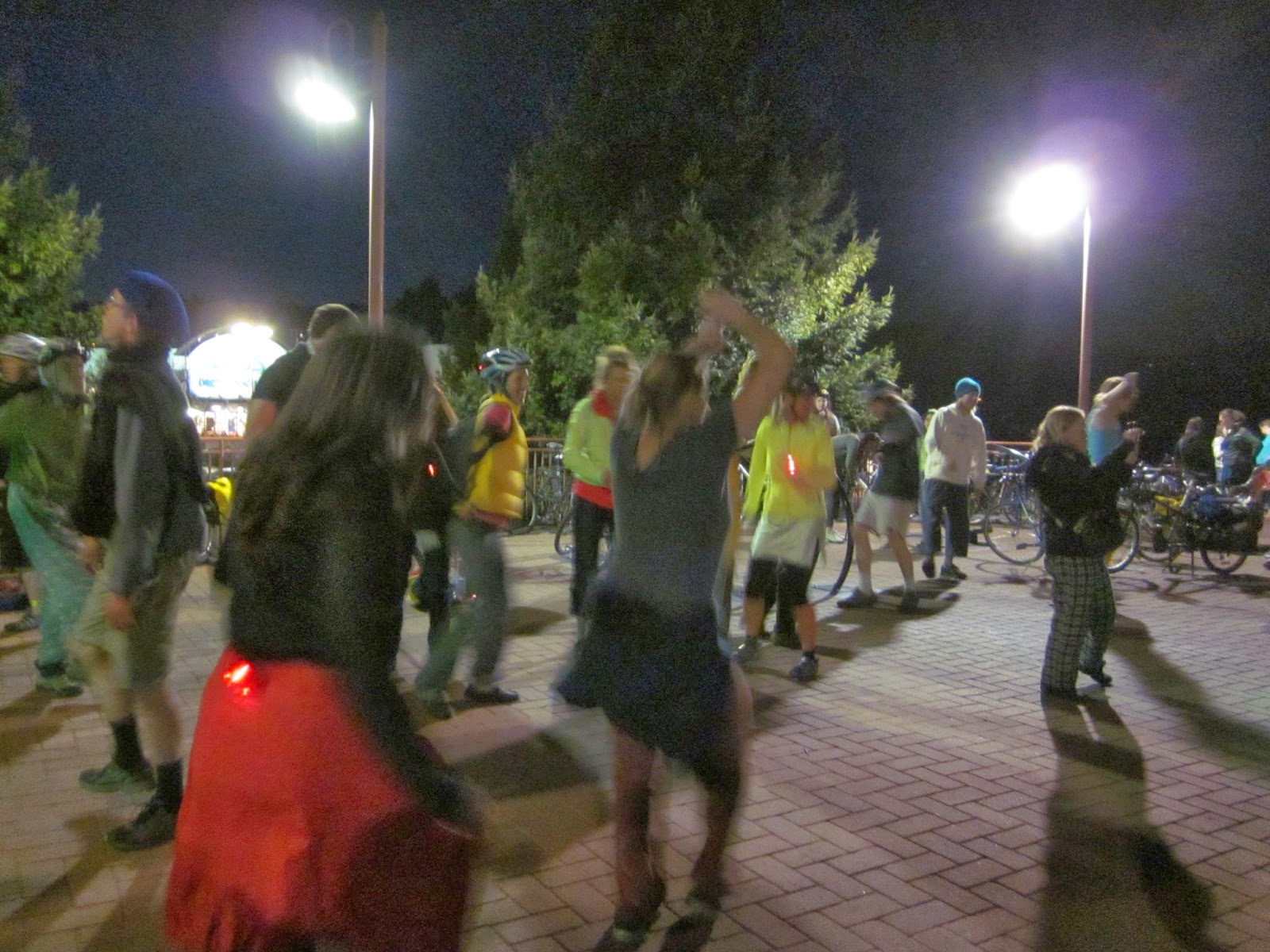 What's a bike party without a dance party? 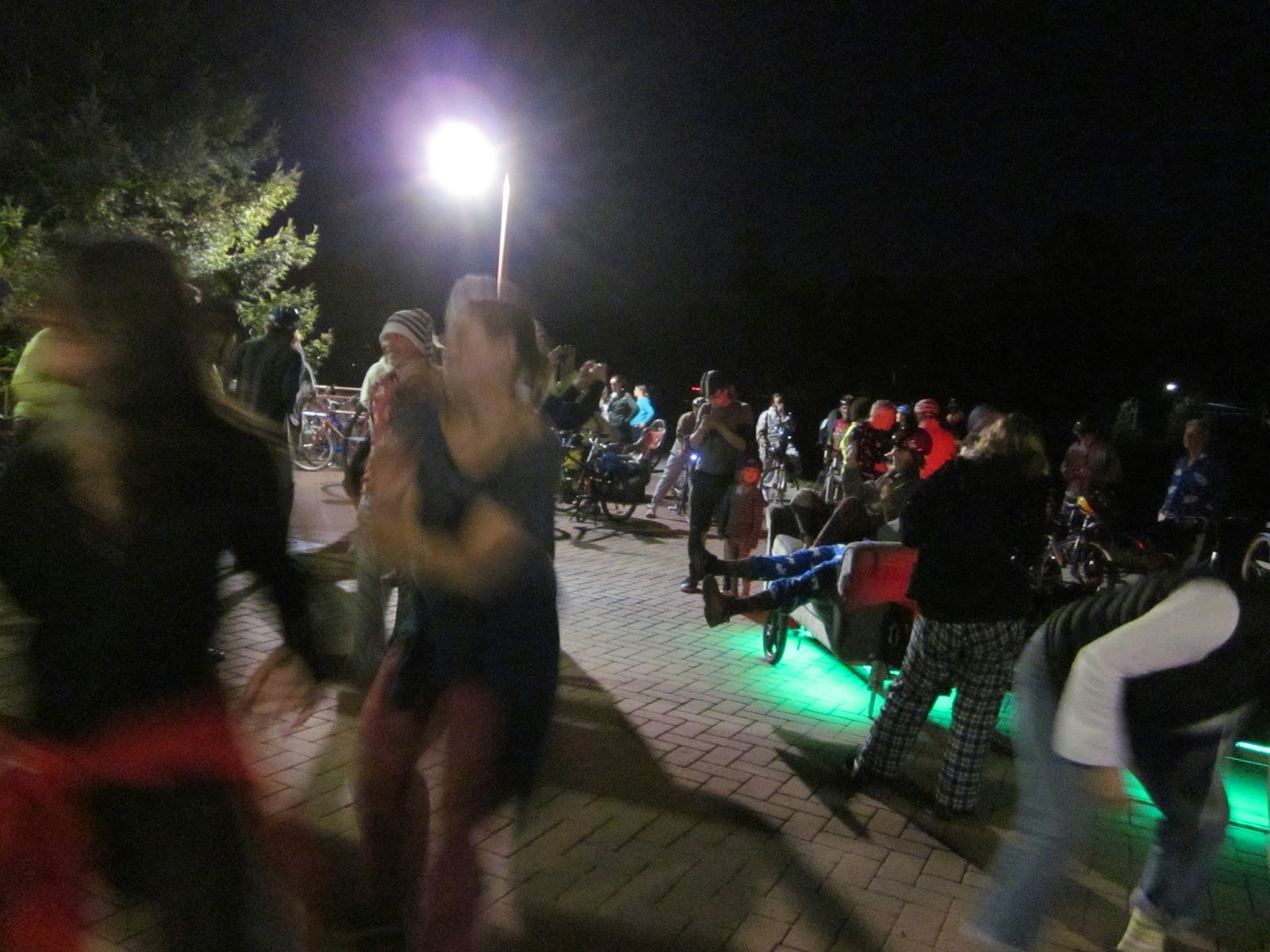 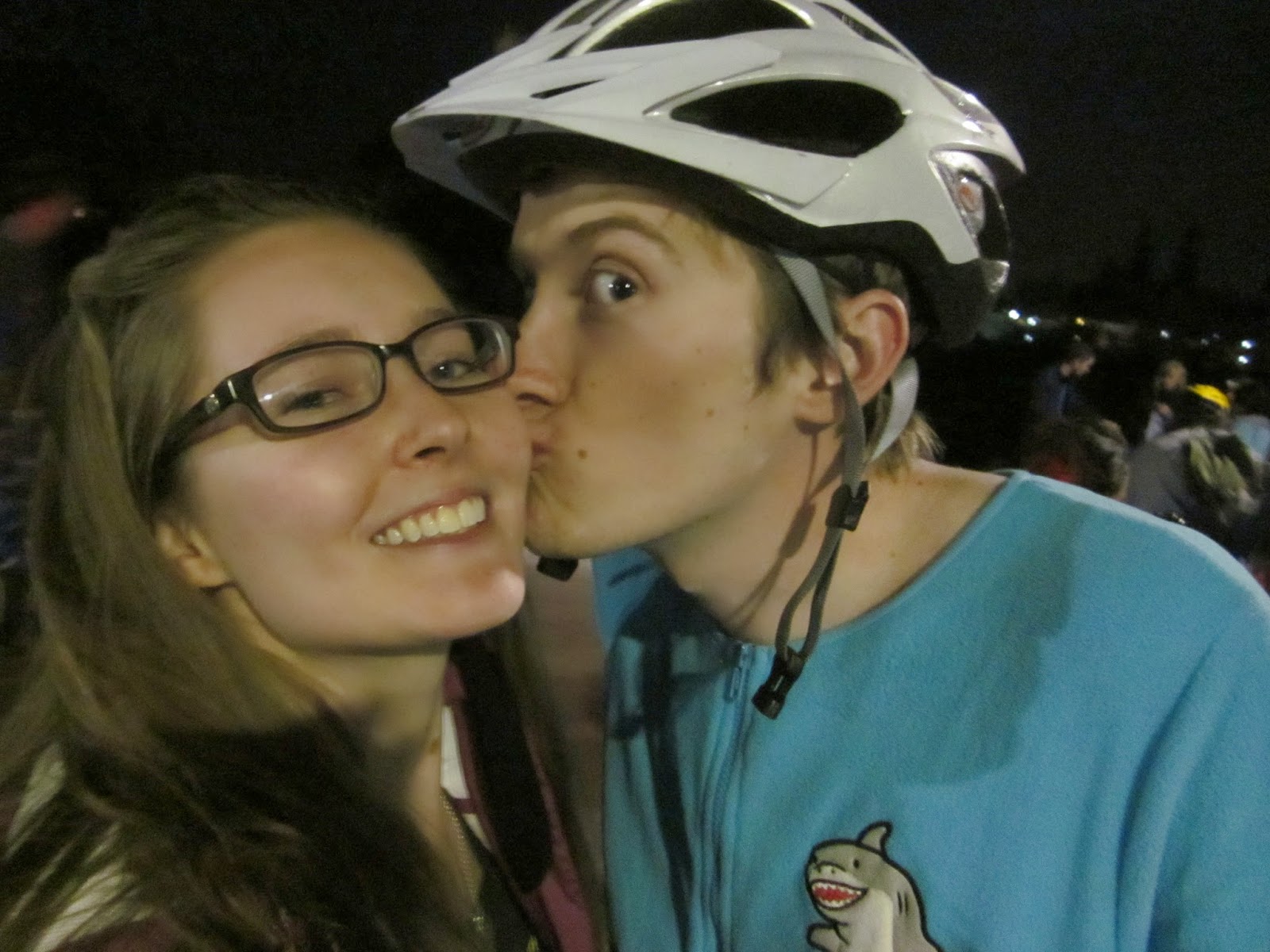 Green Gal and Green Guy! We rode up the hill to campus after the evening's festivities, having our own bike party along the way.