Me-Wuk Word of the Day: Fun-ah-wah

January 01, 2010
Happy New Year! I hope you have all had a wonderful first day of the new year and that your resolutions have been put in action!

This morning, my family saw Sherlock Holmes at the movie theater. It was awesome! I can't wait to see it again to catch all the details I missed the first time. A lot of action and violence, but Robert Downey Jr. was a splendid Holmes and Jude Law a superb Watson. I highly recommend it!

Now for my second word of the day: In Me-Wuk (the spelling given by the Tuolumne Band of Me-Wuk Indians), "laughter" is fun-ah-wah, as in "May 2010 be filled with new wisdom, adventure and lots of fun-ah-wah." 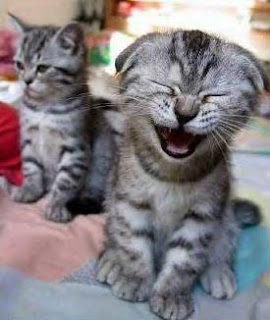 I have been researching Native Americans non-stop this week and creating PowerPoint slide shows to present to my sister and family. After learning some Me-Wuk words, I was hooked on learning more about the culture and history of the first inhabitants of the place I call home.

My younger sister loves to present slide shows about animals, particularly mammals. It's such a great way to learn while teaching others. This evening, she and I each presented a slide show. Mine was on the native people of North America. I spoke about the different time periods of Native American habitation, starting with the Paleoindians 10,000+ years ago and continuing until the current Historic period, which began with European contact in 1600. My sister presented about the mongoose; I learned that they are native to Africa and that mummified mongoose remains have been found in ancient Egyptian tombs with their human owner mummies. 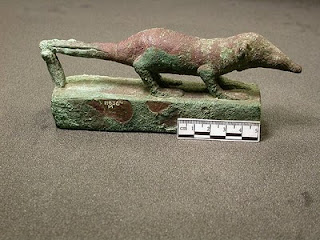 After dinner tonight, we're presenting again. This time I'll be discussing the Miwok people of California--Valley and Coast Miwok--and my sister will be presenting about wombats. An animal fact game show is planned after her presentation. It's gonna be a night full of knowledge and learning! I love not being a Facebook-fiend.