January 15, 2016
This year's theme for me so far has been experimenting with new things, including making beer, growing my own sourdough starter for baking bread, and exploring new recipes for dinner! This week, I tried three new recipes and want to share them with you so you can try them, too! 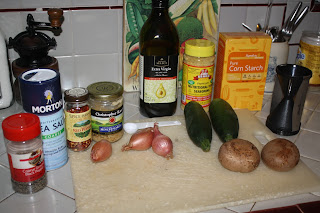 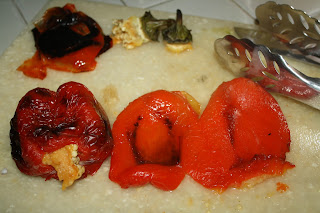 After I roasted the red peppers, they looked like this. 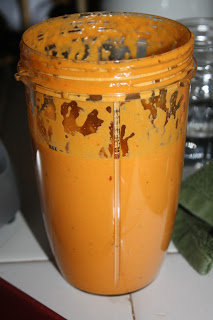 So glad to have a Magic Bullet now so I can make sauces like this. Thanks Mom! 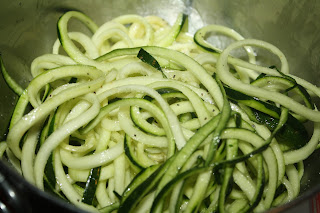 Thanks also to my Mom for the spiral veggie peeler so I can make noodles out of veggies! 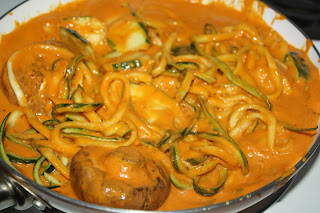 The pasta turned out really yummy! It would be delicious served in a bread bowl and with additional veggies. 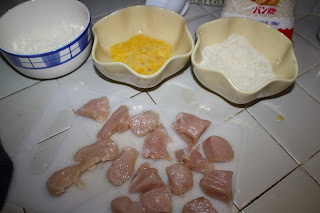 It was my first experience breading chicken, and I thought it went pretty smoothly! 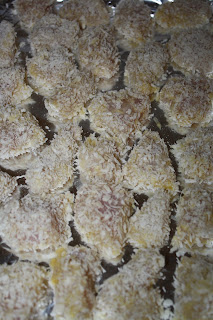 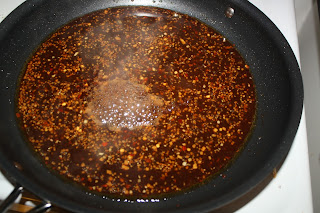 The sauce was delicious! I had to double the recipe and ended up using a bit less sriracha than would have made it double, and I also added extra honey. In my opinion, I could have made it spicier, but Green Guy thought it was just right. 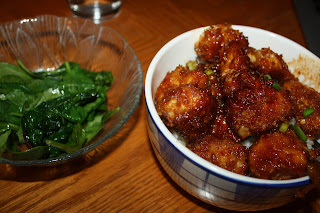 I served it on a bed of rice with sauteed greens from the garden + store-bought spinach on the side. Although I'm not a huge fan of chicken most of the time, I thought it was pretty tasty! 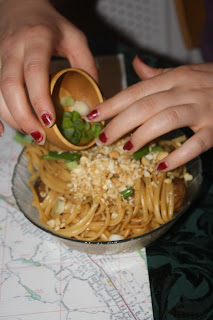 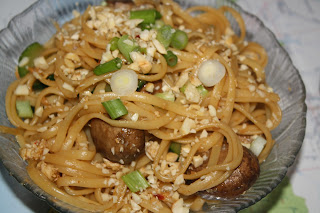 I used a heaping 1 tbsp instead of 1.5 tbsp of sriracha since Green Guy isn't as into spicy foods as me, and it was plenty spicy, so keep that in mind if you make this. It was my first time cooking with fresh ginger, and I decided to freeze the leftover ginger for next time. We used cashews instead of peanuts, we didn't cut the mushrooms, I forgot to add cilantro, and we added sesame seeds as garnish. This was my favorite of the three recipes listed on this post, but I would recommend all of them!

Thanks for reading! Tomorrow I'm baking sourdough bread for the first time, so I'll be sure to post photos and an update about how it goes...

Until then,
Green Gal