February 07, 2010
This month, I've been trying to keep track of the foods I eat, where it comes from, whether its organic and what the ingredients are.

The first few days I was successful and logged everything, but I became less diligent and got behind. For most packaged products I've at least read the entire label and made a mental note of what comes from where.

Some things I've learned so far:

The olive oil that my family typically uses comes from Trader Joes and it's organic, but it's made in Spain. So this Saturday, I suggested to my mom that we buy some olive oil at the Farmers' Market. So we did! Now our olive oil is from Modesto, not Spain.

The Trio fruit, seed and nut bars that my mom loves are produced in China! The "Product of China" bit is difficult to see on the wrapper, and there's a mention of California, as that is where the company is based. It's definitely not where the bar is produced however, and there is no mention of China on their website. Quite misleading. Upset by this, my mom searched online and found a plethora of complaints about the bar's origins. The sesame seeds and rice malt they use in the bars comes from China, their cashews are from Vietnam, and the rest is from the U.S. My mom read this article about it in which they interviewed the president and what my mom remembers most is him saying that his goal is to become a competitor of Frito-Lays. I don't want to be eating food that is made by a company whose main purpose is competition, when there should be a certain level of regard for what's best for the people eating the food. I want my food to be beneficial, not some avenue by which a company can become a major competitor in the food industry. We will not be buying the company's products anymore. I'm sure the food is relatively safe and whatnot, but I don't like the idea of it, especially the amount of shipping it takes to get that bar into my hands.

My favorite Beckmann's Old World Bakery bread comes from Santa Cruz, only about 56 miles from where I live. It's so delicious--and wholesome! 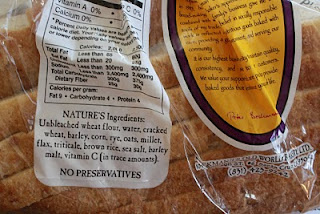 The Earth Balance and Smart Balance Organic buttery spreads I use in place of butter (since I'm vegan & allergic to dairy!) both come from New Jersey. There's really not a great way to get around this long distance, considering few companies make quality "fake butter." My mom said she used to just use olive oil. I think I would definitely miss butter on my toast in the mornings, although I do enjoy potatoes by themselves and wouldn't miss butter on them. I will try olive oil and see how it works! 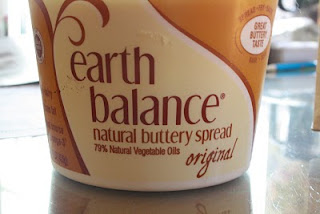 Trader Joes has a habit of putting "Monrovia, California" and letting me try to guess where the ingredients themselves came from.

Hohos aren't as good as I thought they were. I hardly EVER eat junk food (not to mention totally un-vegan food!) like that, but it was an 11:30 PM decision to buy them while at Safeway. My dad and I each had one. Not as satisfying as I had remembered...

I became reaquainted with my love for grape juice. It is delicious. 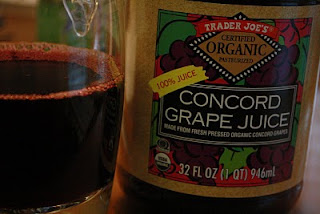 I am so fortunate to live in California, where most of the vegetables and fruits at the store are from California.


I created a new blog for you plant-lovers: Rooted.

I love to think of nature as an unlimited broadcasting station, through which God speaks to us every hour, if we will only tune in.
-- George Washington Carver