January 23, 2010
In my AP Human Geography class the past couple of weeks, we've been learning about agriculture. It is fascinating and, interestingly, is one of those topics that directly affects everyone. We learned about cattle being raised in feedlots, genetically modified foods like corn and soybeans, and the many issues surrounding unsustainable agricultural practices in more developed countries, specifically the United States. We also learned about pastoral nomadism, rice, wheat, climate and other agricultural factors, the agricultural revolutions, the Green Revolution, and various agricultural practices from around the world. 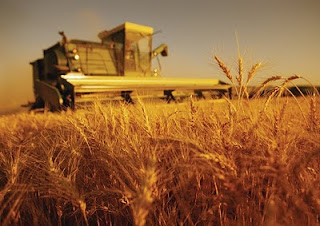 I'm really glad my teacher decided to expose us to the current issues surrounding agriculture, as when we watched Food, Inc. Many students hadn't ever had a desire or reason to learn about these issues and probably wouldn't have if it weren't for the class. I have the book so I began reading it the same day we began watching the movie. If you haven't seen Food, Inc., I highly recommend renting it or watching it On Demand. The weekend after we watched the movie in class, my family and I sat down to watch it together. It definitely raises your awareness level about where and how your food is being grown and prepared and what companies are actually behind the false advertisement of a purely small farmer, rural agriculture America that is still being perpetuated despite its largely unrealistic image. 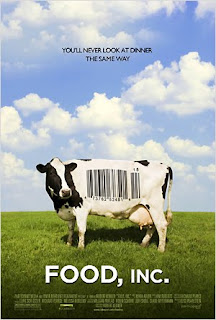 Since my family was in a documentary mood after watching Food, Inc., we decided to watch The Cove the following evening and were shocked and upset by learning about the atrocities taking place in Taiji, Japan where dolphins are captured for use in places like Seaworld or are slaughtered to be eaten by unsuspecting citizens of Japan. For more information about the movie, check out Conservation Nation's discussion about it here. It is another movie I recommend watching because it raises awareness about the terrible things governments can do without their citizens' knowledge or suspicion. 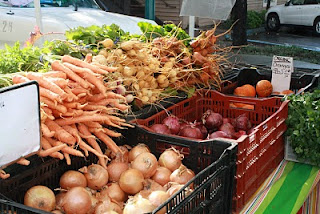 So this morning, in response to the lessons learned from Food, Inc. and various articles my teacher had us read about where our food comes from, my family headed to the farmer's market in our downtown. We bought vegetables and fruits for the week and enjoyed the morning sunshine, which has been lacking the past couple of days with all these storms we've been having. I hope to make it a weekly outing, so we can become less dependent on Safeway and support our local farmers. There's a CSA program through a farm located in our city, and we've been thinking about joining. At this point, though, we can at least begin by getting the majority of our veggies and fruits from local farmers on Saturday mornings. 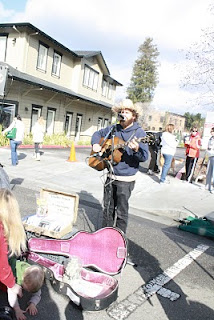 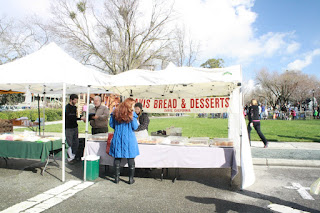 Have a lovely Saturday!
Green Gal

Heaven is under our feet as well as over our heads.
-- Henry David Thoreau