November 07, 2010
It's raining in Santa Cruz this morning. Outside is foggy and wet, while I'm nice and warm in my dorm room. Perfect for story time! 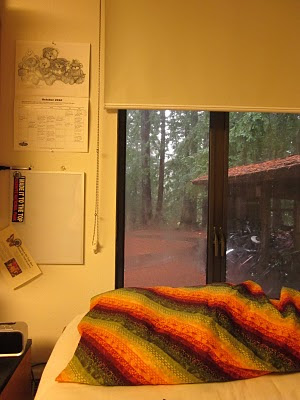 Last Wednesday, I received an email from a woman who works with the Natural History Museum in Santa Cruz. I had learned about the museum while searching online, and was planning on riding my bike there on Thursday anyway, so her timing was perfect. She'd come across my blog and thought I'd be interested in volunteering and helping with a project. She wrote,

You might want to consider volunteering with us. We are going to be creating an Ohlone garden with CA native plants that grow locally and were used for food, dye, basketry, medicine. So we need to make a list of such plants and their uses. Any help you might give us would be appreciated. Let me know if you would like to work on such a list.

Of course, I told her I'm interested, so I met with her on Thursday when I visited. She gave me a tour of the Ohlone exhibit in the museum, which is beautiful and informative and has a large detailed mural on one wall. The museum brings third grade classes into the exhibit to teach and show them Ohlone culture. She showed me the boxes of materials they use to teach, including antlers and a fur covering to represent how the Ohlone disguised themselves as the animals they were hunting; various native plants that were used for different things; musical instruments; fire drills; and other cultural items to give the children a visual sense of the culture of the people who used to live here.

Outside, we looked at the gardens already in place on the site. There's an ecology/native plant garden, a hummingbird garden, and a butterfly garden. Also outside is a large statue of a Native man wearing a bear disguise. It evokes a sense that the man and the bear are one. A man was cleaning up the statue and fixing a part of the statue that had been vandalized. We said hello to him and learned that he was Daniel O. Stolpe, the sculptor who had made the statue in 1986. We spoke with him for a few minutes. He creates Native American artwork and has some of his work on exhibit in the McHenry Library. We told him about the Ohlone native plant garden and he told us a few things about the Ohlone. He gave me his business card, and I hope to visit his gallery on Mission Street sometime soon.

Lately, I've been aware of how everything happens for a reason; life provides so many opportunities for new discoveries and connections if you're paying attention. Visiting the museum on that particular day meant I was able to meet Mr. Stolpe and find out about his artwork. Because of my blog, I was asked to help with the Native plant garden, and now I have a place to volunteer, similar to the Alviso Adobe Community Park. Earlier this year, I was asked to write for Pleasanton.Patch.com because my editor came across my blog. Everything we do creates potential opportunities, and if we pay attention, we realize that so many things that appear to be obstacles are really just new paths for us to take. One example in my recent experience was last Saturday, when I had to walk twenty minutes in the misting rain to get to my Herbology class because I hadn't realized there wouldn't be a bus. At first I was frustrated, but once I started walking, I realized that life had just handed me a magnificiently rainy morning, with fog and open pastures to enjoy as I got some nice and easy exercise before class. I felt rejuevenated and started the day with beauty. If I hadn't been open to letting the experience be more than just an obstacle, I probably would have arrived at class feeling miserable and cold. Instead, it made my whole day bright.

I will keep this blog updated on my work with the Natural History Museum. I didn't take any pictures while I was there, so to add some color to this blog post, I'll share some pictures I took yesterday while exploring the UCSC Farm & Garden with my friends. 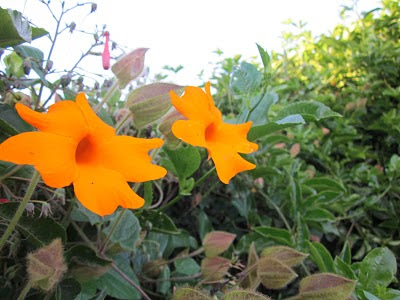 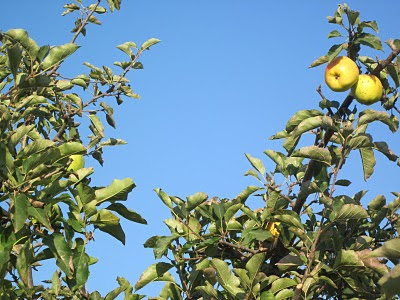 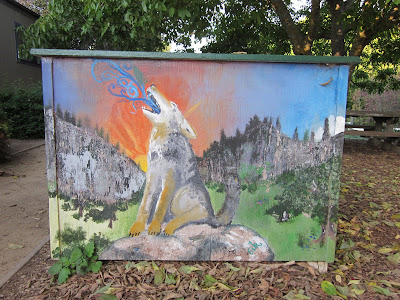 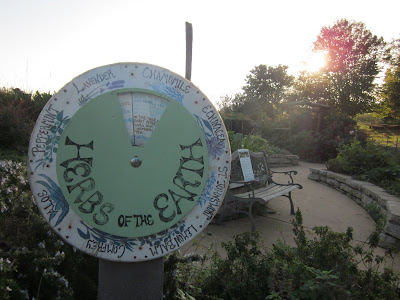 Thanks for reading. Happy Sunday!

Regret is the worst emotion. If you took another road, you might have fallen off a cliff.
-- William Shatner