Worm update & photos from the garden 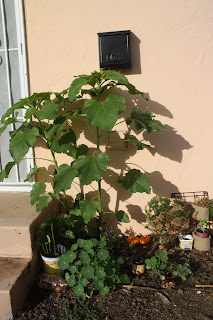 Our sunflowers are almost blocking our back mailbox, which is where our landlord collects energy and water bill checks from us. We might have to figure out how to divert its growth to one side or the other... but hopefully, he likes sunflowers! 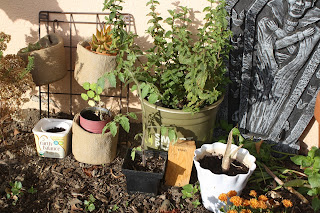 The other day, I planted a number of seeds, including some kale in an old soy yogurt container. I set the container inside an old Earth Balance butter container so I can water it from the bottom. I also moved a tomato plant from inside to the backyard, and put one of my aloe plants from the front porch into the back because I think it needs more sunlight. 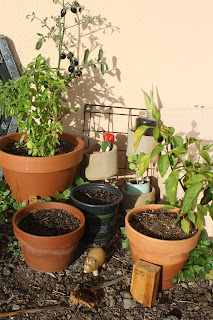 Tomatoes, basil, jalapeños, cactus, aloe, and some pots that haven't sprouted yet but contain pea seeds (I think!). I moved the little hippopotatomus to this side of the garden. 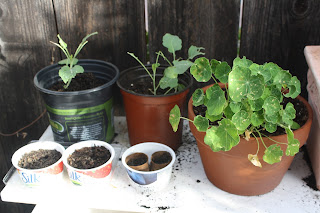 Some more new seed plantings, including broccoli, kale, and arugula. The broccoli from this summer is still alive but has been devoured by caterpillars (I think). The nasturtium on the side yard is growing well, too. 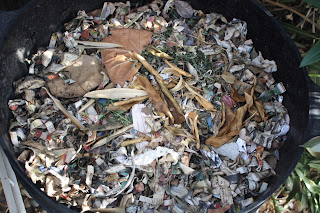 I've been adding dried leaves and dried weeds from the garden to the worm bin lately. 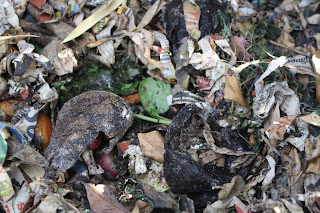 The worms have been doing great! I add food every few days, and their population has continued to grow as far as I can tell. Most recently, I fed them really old, nasty-smelling arugula and spinach from the fridge, an old apple cut into small chunks that had also gotten a bit moldy, and some bell pepper stems. The worms can break down the food faster if it's already started decomposing, so my new strategy is to put food scraps in a plastic bag (I've been using old bread bags), and tie the bag closed so no smells come out. I leave it on the counter for a day or two until it looks moldy and then I add the food to the bin. Kind of gross, but it makes it easier on the worms! I also continue to give them avocado skins, which they love to hang out underneath, so I tend to put the skins on top of other food as a protective layer for them and so they can enjoy any remaining avocado bits. It was hard to get a photo of the worms since they hate the sunlight, so just imagine them below the food scraps, munching away happily and squirming around! 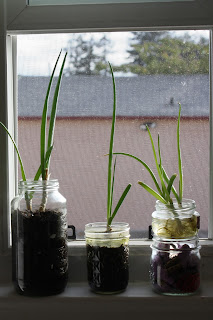 The green onions in the window sill are happy and tall! 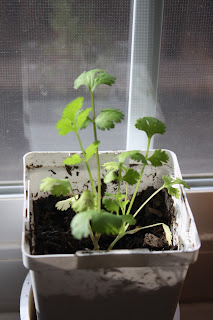 Cilantro on the window sill is doing really great. 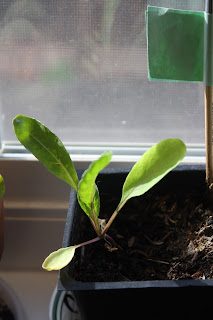 Arugula on the windowsill seems to be doing well after separating the three plants into their own containers. One of them is very shrivelly and dead-looking so I didn't photograph it. But the one above and one below look okay. 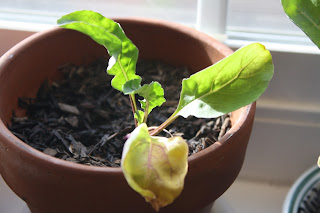 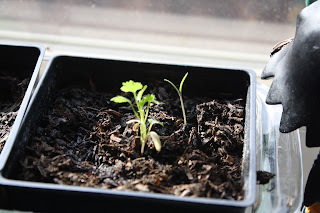 A younger cilantro plant on the window sill.